I Couldn't Bear to Lose This Baby

Labels: adoption, family, foster care, parenthood, stories of faith
by Cindy Child
When Brian and I were first married, we had high hopes to have children. We felt very lucky to have my daughter to raise together, especially since my first husband allowed Brian to adopt her. We still felt our home and hearts were incomplete without more little feet about the house, so we turned to foster care with all the intentions to adopt. 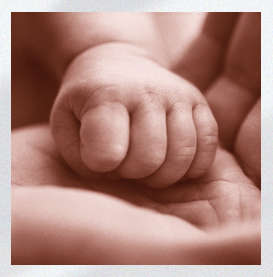 Our first placement was a premature baby girl. We knew she was not our daughter; however, it was a good introduction into fostering children. Our next placement was a two-and-a-half year old boy and an eighteen-month-old girl. With this placement, I knew that these two children were meant to be a part of our eternal family.

But as time went on to make it permanent, a distant relative came forward, and the judge granted these beautiful children to them. Our hearts were broken; nonetheless, we went forward taking on two other similar cases but never felt they were to become an eternal part of our family.

On November 16, 2004, I received a call about a Hispanic three-month-old baby boy. My heart rejoiced, and I immediately called Brian asking him if we should accept this placement. He was excited for he had always wanted a baby boy, especially with curly hair. I then went to ask our daughter, Aleatha, how she would feel, as she was hoping for a sister. She jumped for joy when I told her he was a baby.

The following day, I was able to take this wonderful baby home. I took him to Brian’s work so he could meet him as well as his co-workers, and they asked if he was Samoan. He has features that resemble that, black hair with fair complexion. At first he did not smile or move, just laid there motionless. He would even shake when we’d pick him up. After two weeks of being loved, life was in his eyes. He cried for his needs and loved being cuddled. I could hold him without him shaking.

For the next few months, his birth mother started improving and showing she could pull it together and get him back. This scared me half to death because I knew that this child was to become one of our family members. She did not take care of him before, and it was doubtful she would if returned. He would scream at every visit of hers.

Come the month of May, I went to my Heavenly Father, letting him know how scared I was, pouring my heart out to him knowing I couldn’t bear seeing this little one leave our home. I ask Him to have the birth mother’s true intent come forth. She did not show up for the next visit or any visit thereafter. Three months later her rights were terminated.

On March 23, 2006, our adoption was finalized, and the next day we took him to the Ogden temple with Aleatha and our family to have him sealed to us for eternity.

I know Heavenly Father blessed us with our handsome boy, Connar. I am so grateful for all He does for us. He truly knows us.