The Difficult Path of Forgiveness 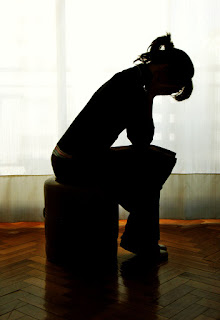 There was a time in my life when I had been offended. I was always the one thinking that people “should just not be offended.” I believe there is truth in that thinking even now. But I could tell myself until I was blue in the face to not be hurt, but I was. I prayed and fasted and spent hours listening to conference talks, all in an effort to earn the blessing of forgiveness. It didn’t come like I wanted it to come. It was such a hard time in my life.

During this period of time I completed my daily scripture goal and it was time to start a new study. I couldn’t bring myself to begin something new. I was so hurt and felt that I needed something from Heavenly Father – some kind of jump start or blessing.


I prayed and fasted and spent hours listening to conference talks, all in an effort to earn the blessing of forgiveness. It didn’t come like I wanted it to come.

I had tried so hard and felt like I was not getting the help that I needed and deserved. I had put a lot in the "bank," and I felt I deserved to make a withdrawal. My scripture study stopped. I wish I could say that I felt something was missing so I got back to it but it didn’t. Life went on just as it had when I had been spending all that time in study and in prayer. I was in pain – still hurt.

A few months went by, and I was called to serve with the young women. I had the desire to earn my medallion, and as part of that I had to read the Book of Mormon. I took Alma 32’s promise that “if ye can no more than desire…let that desire work in you” to the Lord and asked Him for help. Some more time passed, and the desire had grown enough that I thought I could read. As I started 1 Nephi I was shaking. It was a huge leap of faith for me.

Soon the reading became a habit, and I stopped thinking about why I was doing it. I realized one day that my hurt had been taken away. I wish it had been a magical and triumphant moment, but it was much like we are taught again and again: answers come in small and simple ways from still, small voices.

Although I had read the Book of Mormon many times and have learned a lot of truth from it, this experience was more for me to get inspiration and to hear my Father in Heaven speak to me. And although my story of faith has a happy ending, I learned that the middle of the story is not a joyful place to be.

I wish there was a specific formula that ended pain every time whenever I was afflicted, but affliction is the plan, not the punishment (2 Nephi 2:2, 11). I learned it is up to me to nurture and care for others in their middle – regardless of the story that got them there. That is the only concrete and real formula.