Labels: Relief Society, womanhood, Women's Fireside 2012
by Ange Nelson
(A talk given at the stake fireside, "We Are Daughters in His Kingdom," for all women 8-110 years of age, May 2012)
When our youngest daughter was 4, she loved to sing the song “I Love to See the Temple.” However, instead of singing, "This is my sacred duty," her ending sounded like this: “This is my secret beauty.”

You young girls, young women, and women DO have much of a secret beauty!

You radiate because of who you are. You shine because of the choices you make. There is a light that shines from your eyes as you strive to make good choices and truly become like Jesus.

So WHO are you?

I love this story that Pres. Packer tells:


Some of the chickens are free to roam the barnyard. The children have to be alert to find where these chickens lay their eggs, for sometimes they are found in the haystack or in the woods or under the woodpile.

One spring a little speckled hen hid her nest under the manger in a small place where she could not be seen. None of us knew where she was, but we were sure that she must be sitting on a nest somewhere.

One day when I arrived home, the children came running to tell me that they had found the little hen and her nest. They had found the nest because the chicks had hatched and had begun to make little peeping noises. 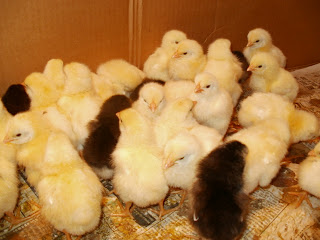 They pulled me to the barn, and I carefully reached back under the hen and brought out a handful of little chicks. As the children gathered around, touching the soft little chicks, one of our daughters took a chick and held it carefully.

“That will certainly make a nice watchdog when it grows up, won’t it?” I asked. She looked at me like I didn’t know very much, telling her a chick would grow to be a dog.

I quickly corrected myself and said, “It won’t grow up to be a watchdog. It will be a nice riding horse, won’t it?”

This is a lesson that is taught to us over and over and over again in nature—all animal life produces after its own kind, and little ones grow up to look and to be like their parents.

That is true of people too. Small boys and girls grow up to be big boys and girls, then young men and women, and finally they become parents of children like they themselves were.


Do you remember the story of Moses? Moses saw God face to face and talked with Him. He called Moses His son, and showed him marvelous things. I’m sure Moses felt something of his divinity! Soon after, Satan came, trying to get Moses to forget who he truly was.

Doesn’t that happen to us sometimes? Don’t we sometimes perhaps forget whose daughters we are?

Moses told Satan more than once, “Get thee hence.” Do you think Satan left quietly? No! He cried with a loud voice, and "ranted upon the earth."

Moses began to fear a bit, but quickly remembered, and called upon his Heavenly Father for strength. He commanded Satan again to depart. Again, Satan didn’t leave quietly--he began to tremble, and the earth shook! A third time Moses says, "Depart hence," and finally Satan left--weeping, and wailing, and gnashing his teeth.

From the Faith in God book we read,  “You are a child of God…You are now preparing for new opportunities in your life. Use these years to develop the qualities that will help you be a righteous young woman.” 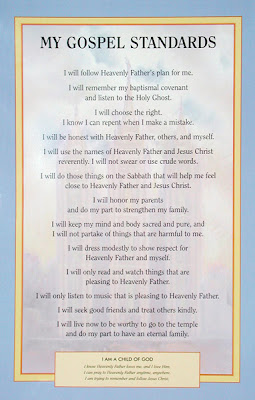 I love My Gospel Standards! I hope you Primary girls are striving to read those frequently, and even memorizing them. Then if there’s ever a question whether or not something is good for you or not, these things will pop into your head, and with the help of the Holy Ghost, you’ll know the right answer.

Living those gospel standards prepares you to become a young woman who is worthy to attend the temple, and then to become a RS sister...


"You sisters do not know the full extent of your influence. Being a daughter of God means that if you seek it, you can find your true identity. You will know who you are. This will make you free—not free from restraints, but free from doubts, anxieties, or peer pressure. You will not need to worry, 'Do I look all right?' 'Do I sound OK?' 'What do people think of me?' A conviction that you are a daughter of God gives you a feeling of comfort in your self-worth.

Now, some of you older sisters may ask, “Haven’t I heard every Relief Society lesson? What point is there for me to go to Relief Society each week?” The answer to those questions may best be given by relating the story of a young piano student.


His mother, wishing to encourage him, "bought tickets for a performance of the great Polish pianist, Paderewski. The night of the concert arrived and the mother and son found their seats near the front of the concert hall. While the mother visited with friends, the boy slipped quietly away.

"Suddenly, it was time for the performance to begin and a single spotlight cut through the darkness of the concert hall to illuminate the grand piano on stage. Only then did the audience notice the little boy on the bench, innocently picking out 'Twinkle, Twinkle, Little Star.' His mother gasped, but before she could move, Paderewski appeared on stage and quickly moved to the keyboard. He whispered to the boy, 'Don’t quit. Keep playing.' And then, leaning over, the master reached down with his left hand and began filling in the bass part. Soon his right arm reached around the other side, encircling the child, to add a running obbligato. Together, the old master and the young novice held the crowd mesmerized.


In our lives, unpolished though we may be, it is the Master who surrounds us and whispers in our ear, time and time again, "Don’t quit. Keep playing." And as we do, He augments and supplements until a work of amazing beauty is created. He is right there with all of us, telling us over and over, "Keep playing."

I looked at my mother and simply said, “All I know about this church is that it’s true.”
How grateful I am for that knowledge, that has continued with me since that time. This is the Lord's church. We are His daughters. I love Him with all my heart.