My Prayer Was Answered--by Serving

Labels: blessings of service, divorce, relief
I had a great experience this week while trying to fulfill an assignment to study the talks assigned to us by our stake Relief Society presidency before our ward conference. It was a busy day like most days, so I turned on the talks on my phone while I did some yard work. I think I listened to the whole session of women’s conference while I mowed the grass and worked in the flower beds.

While I was listening to President Monson’s talk "We Never Walk Alone," I felt impressed to share his talk with a friend that I had been worried about. She didn’t talk with me ever about her trials, but I knew of them through other friends. She was possibly going to be getting a divorce from her husband and it was causing her a lot of pain and worry. She hadn’t been doing well for several months and was having a hard time reaching out for help. She isn’t a religious person and neither is her family. As far as I know, she is not one who believes in God or in Jesus Christ and does not pray for help. 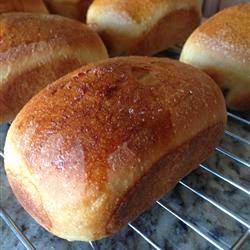 As this impression came to me, I knew that it was from God and knew that I should do it, but was worried about how it would be received. How was I to share a religious talk from a prophet of God about prayer with a person who didn’t believe in prophets or prayer? I went back and forth in my head for hours on what to do and then just dismissed the thought and said to myself, "I’ll think about it again tomorrow."

The next day came, and as I was busy doing my chores in the house that day, I turned on the Book of Mormon on the Mormon Channel on my phone while I worked. I had just recently finished the Book of Mormon, so I was starting it new again that day. As I listened to these words of Nephi, I let out a sigh:


5 And now, behold thy brothers murmur, saying it is a hard thing which I have required of them; but behold I have not required it of them, but it is a commandment of the Lord.
6 Therefore go, my son, and thou shalt be favored of the Lord, because thou hast not murmured.
7 And it came to pass that I, Nephi, said unto my father: I will go and do the things which the Lord hath commanded, for I know that the Lord giveth no commandments unto the children of men, save he shall prepare a way for them that they may accomplish the thing which he commandeth them.

So I sat down at the computer and listened to the talk again. I decided that I would share a loaf of bread with my friend. I know that she loves homemade bread because I had shared it with her when she moved to the area.

I was led to write her a letter about how I felt about her and that I was concerned for her and that I had been praying to know how to help her through her hard time. I shared my story with her about going through a divorce myself when I was young and all the ways I knew how she felt in the same situation.

I also shared with her how prayer helped me get through it and how it has continued to help me in all my trials in my life. Not that it made my trial go away, but that it helped me gain divine help through grace to make me stronger. I told her that I would pray for her and that I loved her and her family and wanted the best for them.

I put the letter with the loaf of bread and a copy of the talk in a bag and gave it to her. I had no idea how it would be received, but I knew that I had been obedient, and I felt much better. Several hours passed and I heard nothing from her. I knew that she had gotten the package, but wasn’t sure how it had been received.

Around dinner time, I received a text from another friend that had been with her when she read the letter and the talk. She told me it was exactly what she needed to hear and that she just cried and cried. She felt better knowing that she had not been forgotten. That someone whom she had not even told her worries to knew what she was going through and thought to share it with her.

I don’t know that it will cause her pray, or even think of joining the Church, but I do know that she felt loved that day and that she didn’t feel as if she walked alone. Either way, I know that the Lord wanted to answer my prayer to help her and knew how to do it, even though it seemed ridiculous at the time to me.  I was grateful that he gave me a second reminder to help her and that had not given up on me.

The Lord is so merciful to all of his children and wants them to feel his love. I was grateful to be able to keep my covenants that day and bless my friend.