A Giant Leap of Faith

Labels: Book of Mormon, faith, Relief Society, stories of faith, temple
by Jan Meyers
Not all stories of faith deal with tragic moments or heartache trials in our lives that we strive to overcome. Even though those trying times have definitely been there in my life, I am choosing to write of another tremendous test of faith. 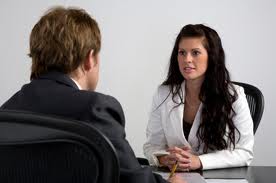 We were living in the greater Philadelphia, Pennsylvania, area. Our beloved stake president, now an area authority, invited me into his office to extend the calling of stake Relief Society president. Being totally blown away I began to list the reasons I could not accept that calling. In addition to my personal insecurities and feelings of inadequacy, I was a nobody.

The former Stake RS President was the well-known and well-loved wife of a stake president who had served many years and she was being released for her husband to accept his call as an area authority. Second of all, this was Philadelphia! A huge geographic area with two inner city wards and one branch in which there were nine languages spoken fluently, and I would have to drive the traffic of the inner city--and I dread driving in big cities! It was not unusual for me to drive just under two hours to get to the furthest of the nine wards in the stake.

And then it meant training these new Relief Society presidencies, many of whom were fairly recent converts with precious little, if any, experience in church leadership. And again, the calling entailed speaking regularly--in ward Relief Society women's conferences, in sacrament meetings, and at stake conference. And I do not speak well.

My kind stake president smiled as he patiently waited for me to finish listing my many weaknesses. He then asked if I had a testimony, and if so, was I willing to take a huge leap of faith into the dark or the unknown to accept the calling the Lord had in mind for me. After committing to a tremendous effort in prayer and an increased study of the scriptures, I accepted the calling on faith alone.

It was during that first week that I received a huge answer from the Lord to my prayers of inadequacy. I was reading in the Book of Mormon, 1 Nephi 18; the story of Nephi building the boat. This is a story I have read hundreds of times, but never until this time of need did it influence me with such power.

(3) "And I, Nephi, did go into the mount oft, and I did pray oft unto the Lord; wherefore the Lord showed unto me great things." I was to go to the temple often with a humble and prayerful heart, where the Lord in fact did show unto me many great things.

Never before had scripture stood out to me so powerfully. With each calling I have been given since that time, I turn frequently to those verses in 1 Nephi for guidance and comfort as to how to fulfill the calling the Lord has in store for me.

And it is with a smile and warm remembrance of that day that I return often to that experience when my stake president asked me if I had courage to take that giant leap of faith. To this day I am ever grateful for an answer to prayer and my bolstered faith in my Savior.