Labels: adversity, medical issues, relief, stories of faith, temple
by Ann Layton
As I listened to "Music and the Spoken Word" near Memorial Day, Lloyd Newell spoke about ancestors. He said, "If they can do difficult things, so can I." At the time I was impressed that I should share some of my experiences and feelings about my brain aneurism and stroke in hopes you will all realize you can survive your own trials and challenges if I survived this Big One.

In early August 2001, I had been to the gym doing my exercise when I had a terrible pain in my head. Foolishly, I drove myself home and didn't say anything to those in charge there. I lay down on my bed and told Dan maybe I'd had a stroke. Thank goodness Jamie (my nurse daughter) was here for Danna's wedding and convinced me to go out to the emergency room. 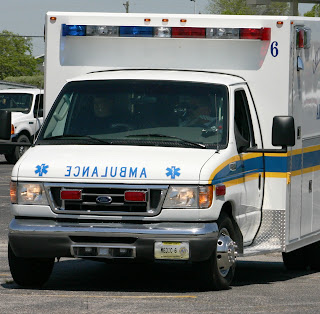 The emergency room doctor asked me, "How bad is the pain on a scale of one to ten?" I answered, "Ten." They took some kind of scan and said I had a bleed in my brain. They decided I needed to be sent to a bigger hospital. In the ambulance I asked Dan and Brett Burton to give me a blessing.

Soon after I got to the hospital, Danna came. I told her whatever happened I wanted her to go ahead and get married the next week as planned. If they had to have a funeral, get it over and go on with the wedding.

The doctors did a lot of different tests that week and Dr. Smith called in a lot of other doctors to see if they could help find what had caused the bleed in my brain.

Our Relief Society presidency came in to see me and said our ward was praying for me. I was released to go home on Friday, August 9th. On Saturday morning, August 10th, we worked cutting up fruit for Danna and Curt's wedding. Later we all went and had our hair done for the wedding. Jamie had gotten me a lovely dress to wear because I hadn't been able to go shopping. I laid down on my bed to rest.

I remember it was hot and the traffic on the road sounded really funny. I guess I decided I should start getting ready. I remember getting up and asking Danna for a cold wash cloth. That must have been when I had the aneurism. Dan had gone out to feed the cows and I just collapsed by the bed.

I don't remember anything but Brett Burton and Scott Maughan (both friends of Chris) were in the ambulance. They cut off my clothes and ruined by favorite Levi's. But more important they kept me alive. Of course, from what Dan has said, it was a terrible night for everyone.

They took me to a different hospital because there was no neurosurgeon on duty at the the hospital that our insurance requested. Dr. Pencia (the doctor on duty) had everyone go into a room to say goodbye to me. Nathan Younger (grandson) and Jacob Lee gave me a priesthood blessing and said I would get well and walk and talk and smile with my family according to my faith.

I realized during my hospital stay that my faith wasn't as strong as it should be, but I do love the Lord and I wanted to get well. He told everyone that I could die if they didn't operate. I could die on the operating table or I could be a vegetable. He told Dan he should go in and talk to me. Dan says he told the Lord he should heal me. Dan followed Dr. Pencia around and asked if I had a chance to make it. Dr. Pencia said, "Everyone has a chance." Dan said, "Then give it to her," and signed the consent to operate form.

The first thing I remember was someone came in and told me to open my eyes (I couldn't), so they held my eyes open and said, "I knew you were in there."

When I finally talked to Dan and he told me what had happened about the aneurism that caused a massive stroke, I put my hand up to my head or at least my right hand and said, "Who put all the plastic canvas on my head?" It was my hair traying to start to grow back. I was completely paralyzed on my left side.

An early memory was, they took me to the rehab room and had me sit on a tall stack of mats and set a large, like six-foot mirror in front of me. I tipped over like a listing ship. I just started to cry! I looked so terrible and I wondered how they could be so cruel to me. I can understand now, they had to show me just how bad the situation was. This was the room I went every day to have rehab to get me to start using my left side.

I remember one of the high school girls I had worked so hard with to get her U's made up so she could graduate, which I finally convinced her to do, not for her dad but for herself. Long story short, she did graduate and was studying physical therapy at college. She came into the hospital as part of her training, I guess. She helped me several times, and we were happy to see each other. I was grateful I hadn't given up on her like she had wanted me to do at the time. 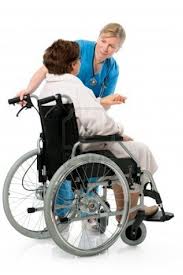 One day they told me my job was to protect my left arm as I was pushed through doorways in a wheel chair. Chris came in from out of state on weekends and helped me with therapy on my arm. He told me he had given me a comfort blessing. I hadn't heard this term, but I certainly had a lot of comfort and help through this tough time.

During one of those long nights as I was thinking, I thought how grateful I was that we had taken our family to the temple and were sealed for eternity. Now it might have been too late to do that.

Dr. Brandt, my rehab doctor, was such a help to me. He started me with a walker, then a four-prong cane when I told him a walker wouldn't work in our home. When they knew I was going to live, Dan asked Dr. Pencia when he thought I could go home. He said, "Maybe Christmas." I ended up going home on September 13th, wearing a t-shirt the girls made saying, "Miracle Woman."

Probably the hardest part of what the stroke did was to my eyes and my mind. It took my peripheral vision so I can never drive again. I would get confused in the hospital and couldn't find my way back to my room. For months after I got home, I would even get lost in the grocery store.

On September 11, 2011, I knew something terrible had happened and no one told me what it was. I thought it was something local. That night on someone's t.v. down the hall, I could hear President Hinckley, and his voice was so comforting to me.

I had to take huge pills with thickened water, becaue they were afraid I would choke on regular water. It was terrible. I hated the feeding tube so bad that one day I just pulled it out. Well they took me and put it right back down my throat. I learned to do what they said, like I was a naughty child.

I had to learn everything over...to talk, brush my teeth, walk, dress myself. Reading was a real challenge because the left side of the page was missing until I learned to look to the left. Even now if I lose something, I have to remember to look to the left before I panic too much. Especially when I cross the street, I have to look really good.

One day, Dr. Brandt asked me what I was going to do with my hair. I looked pretty pathetic. I told him I would probably get a hair cut because it was getting long on my neck. But I told him that was the least of my problems. He said I couldn't go home until I could walk (with my cane of course) almost around the hospital. With all this it would have been easier to just say it wasn't worth it, but instead I got busy and did what I needed to go home. Because I had the will to work hard, the faith in myself and the Lord that I would have His help, I decided that eventually, I could make it. When I got home, a physical therapist came and helped me exercise. One day he walked me down to the church. I couldn't believe that he took away my cane and made me walk without it. He even made me walk across the busy street. I was sure I would be killed.

Another day Jamie was there and he told me my assignment before he came back was to make a cake. I remember lying on the living room couch and thinking, can't he see I just needed to lay here? "Why do they expect so much of me?" I told Jamie. "I think I'll just go live with Pat and let her take care of me."

Jamie got upset with me and said, "Would you ever leave Dad?" It was like putting the large mirror in front of me in the hospital. It really made me think. I decided that I don't want to just survive, I want to thrive.

It took months of therapy to get my strength back and lots of challenges from an occupational therapist on practical things like how to look up telephone numbers and make a grocery list and even make a simple dessert. My home therapist stopped one day some months later after he saw me working in the yard. He said I was the luckiest person he knew, one in a million. I told him luck had nothing to do with it. I am truly blessed.

I've had lots of challenges, starting to cook meals. Dan cooked for months, cleaning the house. Melanie Page came once a week for several months and, of course, laundry. Dan took his shirts and Levi's to the laundry for a long time. Dan had to arrange for someone to be with me while he was gone farming. I just couldn't handle being alone.

They finally came up with the idea to meet Mary at IHOP for breakfast every Thursday, and then she took me to her home to spend the day. She did my hair each week, and I had a good time with Mary and her children and enjoyed seeing a lot of the old Olympic venues. And Dan had some time to himself.

This was a tough time, but we made it. I learned a long time ago that tough times don't last but tough people do. Like Gerald Lund said in "The Undaunted," we just need to stick to it. I have gotten so I can walk each morning by myself if necessary and fly in an airplane by myself. I am back to enjoying reading and taking care of my yard.

I love you all and I'm grateful for all you did for me during those tough times, even my Nazi therapist. My hair still parts on top of my head from a scar, but I can walk and talk and smile with my family like I was promised when I lay near death at the hospital. I have been blessed and healed, and I know it.

I love you all. Just remember you can make through your trials also.